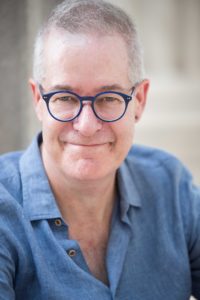 As we lead up to Stoicon 2021, held online again this year on October 9 (don’t forget to save the date!), we continue our tradition of publishing interviews with the Stoicon speakers, workshop providers, panelists, and organizers. That way people interested or planning to participate in Stoicon 2021 can get to know them a bit before the conference. We continue with someone who will be a familiar face to many – Massimo Pigliucci, who will be speaking at the conference.

We’re very happy to have you here! Please introduce yourself and your work to our readers.

I am a philosopher at the City College of New York, with a background in philosophy of science and evolutionary biology. As far as Stoicism is concerned, I have authored four books on the subject so far, the first being How to Be a Stoic: Using Ancient Philosophy to Live a Modern Life (Basic Books, 2017) and the most recent one being Think like a Stoic: Ancient Wisdom for Today’s World (The Teaching Company, 2021).

A tweet from Modern Stoicism, back in 2014. It advertised celebrating Stoic Week, and I thought: what the hell is Stoic Week, and why on earth would anyone want to celebrate the Stoics? But I was in the midst of a mid-life crisis of sorts and had been looking for a new philosophical framework to recenter myself, so I got curious and signed up. And here we are now…

Stoicism has truly become a major component of my life, and so it has affected my work as well. Most obviously, I have been teaching courses on practical and Hellenistic philosophy at City College, and the students love it! More deeply, I try to practice Stoicism — particularly the dichotomy of control and the four virtues — in all my interactions with both students and colleagues. I not always succeed, but I keep striving in that direction.

Similarly to my work, but in an even more pervasive way. Especially during the pandemic, Stoicism has provided me with a way to deal with setbacks, to always keep in mind the important things, and to implement  principles I believe in during the course of my day-to-day life.

To give you just a small example: early in the pandemic, before vaccines were available, our refrigerator broke down. Normally this wouldn’t be a big deal. But under the circumstances it meant not being able to store fresh produce and fruits, as well as to be forced to go grocery shopping more often, thus exposing my wife and I to more chances of contracting the virus.

Instead of cursing viruses, pandemics, and broken down appliances, our thoughts immediately went to the dichotomy of control: what, in this case, is up to us, and what is not up to us? We discovered that we couldn’t get a replacement fridge any time soon, because of pandemic-related restrictions on the delivery of large appliances in our building. But we could get a mini-fridge, college dorm style. So we did. And we altered our shopping patterns, shifting a bit toward canned and dry foods, which meant less frequent trips to the supermarket.

Eventually, we were able to replace the appliance and resume a more or less normal life, at least in terms of our diet!

The above mentioned dichotomy of control, a term, incidentally, that I don’t like because it’s not really about “control” per se, but about focusing where your agency is maximized. I prefer the less frequently used term “Stoic fork.”
Regardless of terminology, the principle is life changing. The problem is that it is easy enough to understand, yet very difficult to implement. But with time and mindful practice, it eventually becomes second nature, and when it does, any situation, obstacle, or potential setback is automatically greeted in my mind with: “what, here and now, is up to me?” Which is both eminently practical and an incredible stress reducer.

I’m asked all the time, “why should we care about what people who lived 2,000 years ago said?” Well, it depends. If we embraced Stoic natural philosophy, for instance, we would be hopelessly behind the times compared with modern science.

But Stoic ethics is still very much on target today. And the reason is that although we have smartphones and nuclear weapons, we still want the same things, fear the same things, and experience the same emotional ups and downs as the ancient. And the Stoics, good observers of human psychology as they were, came up with some truly useful insight.

To give you my favorite example of how easy it is to relate to the ancient Stoics, consider Seneca’s 56th letter to his friend Lucilius, where he writes:
“Beshrew me if I think anything more requisite than silence for a man who secludes himself in order to study! Imagine what a variety of noises reverberates about my ears! I have lodgings right over a bathing establishment.” (LVI. On Quiet and Study, 1)

Yeah, I can sympathize. I too have had to contend with noise coming from the streets below. Seneca was complaining about first century Rome, and I about 21st century New York, but the situation is basically the same! (And so is the advice: both Seneca and I eventually moved.)

Many, actually, but arguably my favorite is from Marcus Aurelius:

‘A cucumber is bitter.’ Throw it away. ‘There are briars in the road.’ Turn aside from them. This is enough. Do not add, ‘And why were such things made in the world?’

It’s a good reminder that certain things are inevitable in the world, like bitter cucumbers and roads with briars. This doesn’t mean that we can’t do anything about them. But what is the point of going on and complaining about the very existence of such things? Nothing is gained other than frustration and an unwarranted feeling that the universe is after us, personally. Far better to focus where the problem is and try to make headways. The rest is a waste of emotional energy.

I will present a talk entitled “Practicing Stoicism, Epictetus style,” in which I will attempt to provide the audience with a quick, accessible, and yet eminently practical introduction to Epictetus’ particular style of Stoicism.

Epictetus has been since the beginning of my practice my favorite Stoic philosopher. He has a no-nonsense attitude toward things, and a wicked sense of humor bordering on sarcasm. I think he ought to be much better known to the public at large, which is why I wrote a book not long ago that aims at updating Epictetus for the 21st century while at the same time making him more accessible to a wider public. (See: A Field Guide to a Happy Life: 53 Brief Lessons for Living (Basic Books, 2020).

I am very glad to be back on the speakers roster for Stoicon! My first experience of the kind was in London, back in 2015, when I was a newbie about Stoicism.
Yes, I think it’s okay for a Stoic to be “excited,” meaning to look forward to what hopefully will be a good experience that will help him, and others, continue on his path of virtue.

Only a big thank to the organizers, Andi Sciacca and Greg Sadler, for all the work they are putting into Stoicon-2021. It’s a largely thankless job, and yet it is crucial for the growth of the Stoic community worldwide.