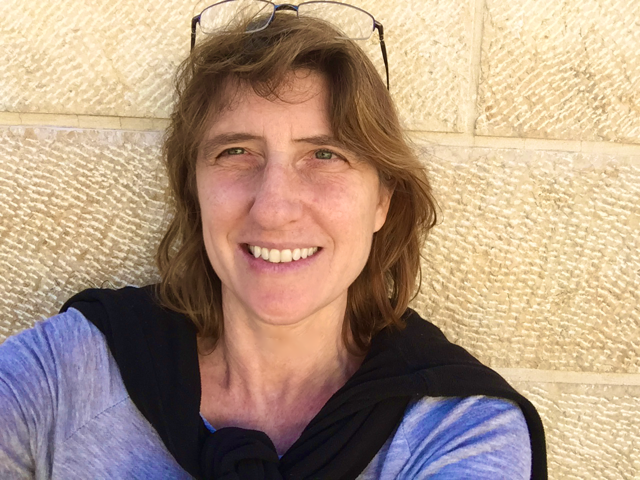 The big STOICON 2021 conference is coming up later this week on Saturday October 9.  If you don’t have  your ticket for the event yet, you can click here to get it (the ticket price is any level of donation you’d like to make).

We’re continuing our established tradition of publishing interviews with the Stoicon speakers, workshop providers, panelists, and organizers. That way people interested or planning to participate in Stoicon 2021 can get to know them a bit before the conference. This interview is with Sharon Lebell, who will be on our Ask The Experts panel at the STOICON event!

I am best known for my book The Art of Living: The Classic Manual on Virtue, Happiness, and Effectiveness, a modern interpretation of the great Stoic Epictetus’ teachings. It has been an international bestseller for over 25 years. People from all walks of life cherish it as a daily spiritual guide, and it has inspired philosophy lovers and the modern Stoicism movement as we know it today. TAOL has been translated into countless languages including, ironically, Greek!

TAOL is widely used in business and by psychologists who practice Cognitive Behavioral Therapy, who use it as an inspiration for their clients to help them view their thoughts more clearly. I have received many letters from soldiers, particularly those in Afghanistan, who carried the book with them wherever they went to remain steady within the menacing spaces of war.

I am co-author with Benedictine monk Brother David Steindl-Rast of the book The Music of Silence, which describes the values and wisdom of monasticism for people seeking to strengthen a contemplative practice in their everyday lives. I also published a book of social criticism called Naming Ourselves, Naming Our Children.

I regularly publish philosophical articles on Stoicism, ethics, feminism, music and art, meditation, Buddhism, and Judaism and have ghost-written several other books on such subjects.

Along with writing and speaking I play a one-of-a-kind super-sized hammer dulcimer with 106 strings. I compose and perform, particularly for populations who don’t have easy access to deeply affecting live music.

Through my writing, speaking, and music, I often say I seek to rescue philosophy from the Philosophers; rescue virtue from the sanctimonious; and rescue art from the critics.

I have always been interested in life’s foundational questions and voraciously read books about philosophy, psychology, mythology, and religion as a young person. I continued these studies into university, then worked in book publishing focussing on these subjects.

I came to Stoicism in the mid 1990s as a young mother with a full-time job, a house bursting with kids, dogs and cats, aging needy parents, and a heart hungry to know how to pull this hat trick off with some semblance of grace and sanity. I wanted stability and clarity within the storm of my chaotic workaday life. Reading Stoicism was an unexpected surpassingly gratifying set of ideas that fit the bill for that intensely meaningful and sometimes fraught time.

Stoicism is part of my work in many ways, because its teachings are part of me. I do not, however, consider it part of my work to be a booster for Stoicism. I believe Stoicism’s enchantments are so compelling that they quietly find people at the right place and the right time. That said, I do a lot of speaking, writing, and podcast interviews about how to apply Stoicism’s themes and teachings to everyday life.

Stoicism’s teachings about duty are very important to me. They help me every day as a thinker and as an artist, composer, and performing musician.  The Greek word deon, meaning duty is one of my favorite concepts, the idea that we accept our place in the world and do our duties according to the roles we’ve been handed. That can sound restrictive on the face of it. But, it’s through the discipline of limits that we make anything good.

Duty means keeping promises.  When we start to keep those promises, even, or perhaps especially, the small ones to self and others, we move toward virtue, toward wholeness. Life stops feeling random or pointless. Bonds between ourselves and others are strengthened. Structures are built and fortified. Order and beauty supplant chaos or ugliness.

I’m going to dodge the question a little bit by saying I have always summarized Stoicism as a set of ways to do what works and quit doing what doesn’t. All of Stoicism’s teachings steer us toward inner stability, outward effectiveness, and a kind of poise that comes from looking existential anxiety in the eye and seeing it as the product of our distorted thinking patterns. This is the gateway to inner freedom and peace.

Stoicism is wildly useful right here, right now. Though I think most people are mainly interested in applying Stoic ethics over Stoic physics or logic. The regular person is leaving those to the academics and scholarly students of Stoicism. But it is the nature of modernizing any body of thought, that we cherry pick, leaving behind antiquated or irrelevant ideas and embracing those with perennial value.

I plan to describe a day in the life of applying Stoic ideas to the sorts of circumstances most of us can relate to.

I am thrilled that Stoicism is finally getting widespread popular attention. That said, I personally shy away from -isms. What I celebrate is people are attracted to living elevated, decent lives. Stoicism is great at pointing people in that direction, but I do worry about attempts to officially codify a modern Stoicism. The most powerful sources of wisdom, I think, are those that are permeable to challenge and to other outside influences. Most importantly, they need to evolve with the times. Do I believe in eternal verities? Yes. Do I believe that human beings can reliably and comprehensively apprehend them:  sometimes and sometimes not. Best to leave that to the Gods. :-))

Do you have any new projects coming up?

I have a book coming out early next year called Stoicism, Women, and the Meaning of Life.