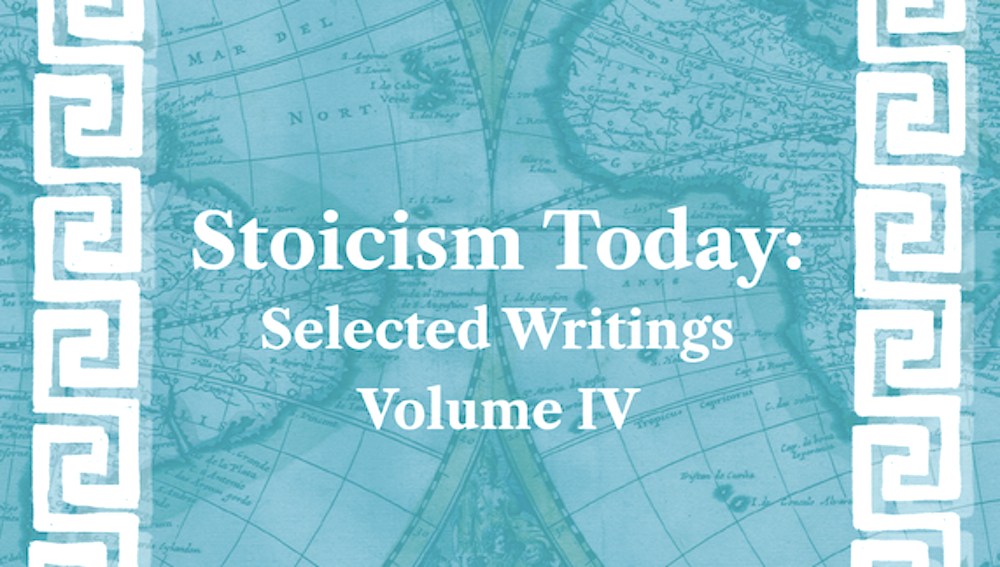 We are happy to announce that Stoicism Today Selected Essays volume 4 is now available in Kindle format!  We brought out the paperback version several weeks back, and now you can get it in either format.

In case you haven’t heard of this series, each of the volumes brings together some of the best, most interesting, informative, and thought-provoking essays that have been published here in the Stoicism Today blog.  Patrick Ussher brought out two volumes back in his tenure as editor of the blog, and in my time as editor since 2016, we (my co-editor, Leah Goldrick and I) have produced two additional volumes.

All of the profits from volumes 3 and 4 of Stoicism Today Selected Essays goes to support the work of the Modern Stoicism organization.  This includes not just the Stoicism Today blog and the Modern Stoicism website it is hosted in, but also the annual online Stoicon conference and a number of other Stoicism-connected online events, and the online courses like Stoic Week and Stoic Mindfulness and Resilience Training (SMRT).

So by purchasing either version and either volume of Stoicism Today Selected Essays, you are not only getting a variety of excellent and thoughtful pieces to read and reflect upon, but also supporting the ongoing work of an organization devoted to helping people study and practice Stoicism worldwide!

What’s in volume 4, you might be wondering?  Here’s the table of contents

Part 1: Stoicism and Ultimate Importance
John Baptiste Roncarni “Is it Possible to Escape Time?”
John Vervaeke “The View from Above: A Transformation of Perspectival and Participatory Knowing”
Katharine O’Reilly and Chris Gill “Stoics and Epicureans on Facing Pain and Death Positively”

Part 2: Stoic Inspiration and Fortitude
Jonas Salzgeber “On Taking Responsibility: The Stoics in Exile”
John Sellars “Hard Truths and Happiness”
Alison McCone “The Inspiring Stoic”
Chuck Chakrapani “The Road to Stoic Joy: Laying Down the Four Burdens”
J. B. Bell Being Nobody: The Stoic “Loser”

We hope you’ll consider purchasing a copy of Stoicism Today Selected Essays volume 4. It might be a nice gift for someone who could use a bit of Stoic wisdom as the holidays approach!