Stoic Week 2019 took place in October. We hope you enjoyed it and found it helpful. This is the first in a series of articles exploring what we can learn from all the questionnaires many of you filled in for this year’s Stoic Week (Thank you!). Today we will look at who took part. It’s the type of information journalists often ask, so it’s written in the form of Q & A, with the statistics relegated to tables at the end of the article.

Q: How many people took part this year?

A: 1744 people completed the questionnaires. At least 4000 people started the questions, but it does take about 20 minutes to complete and how could we expect people to have the virtues of patience persistence before doing Stoic week.

Q: That’s quite a lot of people . If you don’t mind me pointing this out, this is half the number taking part last year. Do you think Stoicism is running out of steam?

A: Absolutely not. The number of attendees at Stoicons, and the plethora of Stoic blogs and books suggests quite the reverse. It could be that people being interested in Stoicism now have other ways of finding out about it that they didn’t have in 2012 when the first Stoic Week took place. It’s also true that many thousands have already taken part in Stoic Week and can access the materials whenever they like, so do not have to register again (though, we do change the materials every year, so I would suggest it is still worthwhile). The most simple and likely explanation for reduced numbers though is that because the organisers were so busy they didn’t spend quite so much time to promoting Stoic Week this time around. So perhaps that’s a lesson for next year for all of us.

Q: In previous years more men have taken part than women. This bucks the general pattern for personal development courses where women usually outnumber men. Is this still the case?

A: This year 60% of participants were men and 39% women. That’s slightly more equal than last year but there is still plenty of room for improvement (Table 1 at the end of the article gives the full figures). You can look at this inequality in two ways. You might say that since men are in general relatively less skilful at finding resources to help with personal development, it’s great that so many find Stoicism congenial. Whilst this is true, I worry that many woman might think that Stoicism is a predominantly male philosophy and so is not for them.

I would encourage everyone, regardless of gender, to explore Stoicism, and refer sceptics to Massimo Pigluicci’s argument that “broicism” is not Stoicism. To quote Massimo, “the goal of Stoicism is not to become manly (vir), but rather to excel as a human being (arête).”

Q: How old is the average Stoic Week participant?

A: Probably about 40 years of age. Participation peaks in the 36-45 age group. Over 7% of participants are over 65 which is more than you would expect if the distribution was random

Q: Does your data support the often-touted view that you get wiser as you get older?

A: Actually it does, as long as you see the level of Stoicism as implying wisdom! Participants’ level of Stoicism (as measured by the SABS questionnaire) increases steadily with age, and the over-65s are a bit more Stoic (2%) than the 55-65 age group. See table 2 at the end of the article for the full details.

Q: I expect most participants are from the USA, UK and Canada still?

A: Yes, that’s still the case, comprising 39%, 19% and 9% of participants respectively. 77% of all participants come from those three countries -see table 3.

Q: And are they the most Stoic in that they have the highest SABS scores?

A: No. that honour goes to Ireland, then Poland then Spain. It would be interesting to know why this is the case – the sample sizes are small (15, 10 and 19) so it could be that the people taking part just happened to be hardened Stoics.

Q: Which are the most Stoic of the countries with a large number of participants?

A: Americans seem to be a bit more Stoic than the French, British and Canadians, but there isn’t too much in it. Table 4 gives the full details.

Q: Are most people who take part in Stoic Week newbies?

Q: You said earlier that it is worth people doing Stoic Week more than once. Can you tell me whether people have done Stoic week a number of times become more Stoic (as indicated by higher SABS scores than those who have taken part less often).

A: Yes indeed, the degree of Stoicism increases the more times people do Stoic Week – see table 5 for the detailed statistics.

Q: I would guess that most people who do Stoic Week don’t know much about Stoicism to start with?

Q: Are most participants already Stoic?

A: Again, it’s fairly close between those who identify as Stoic (or more Stoic than not) and those who don’t think of themselves as being very Stoic at all -see table 7. Again, it will be fascinating to see how this changes after Stoic Week.

Q: Why did people take part in Stoic week?

A: To learn about how to practice Stoicism in their life – at least that’s my interpretation of this WordCloud :-

Table 1: Stoic Week 2019 Participation and SABS Score by Gender (Percentages in this and other tables may not add up to 100% due to rounding) 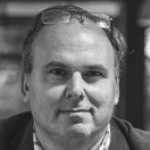 Tim LeBon is the author of Wise Therapy and Achieve Your Potential with Positive Psychology. He is a philosophical life coach with a private practice in London and also an accredited CBT psychotherapist working in the NHS. He is a founder member of the Modern Stoicism team. 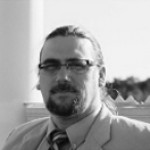