The ninth annual Stoic Week took place in October 2020. This year’s theme was: Stoicism during a Pandemic: Care for Ourselves, Others and our World.

From a research perspective we were investigating 3 questions:

This report provides answers to these three questions. Details of the course contents, measures used and further statistical findings are provided in the appendices. Click here to read the full report.

1. Is Stoicism a good life philosophy for lockdown?

There were significant improvements in the well-being of participants over the course of Stoic Week.

Other findings of note

The top 4 items are strongly connected with Stoic management of the emotions.

The qualitative feedback given at the end of Stoic Week were also very positive.

Sample comments from Participants at end of Stoic Week 2020

How did Stoic Week 2020 compare with previous Stoic Weeks?

Stoic Week has consistently led to significant improvements in well-being since its inception in 2012, so a key question we were interested in is – was Stoic Week more beneficial in 2020 than in previous years?

It can be seen that Stoic Week 2020 showed improvements over 2019 and 2018 in terms of most measurements. For example, flourishing increased by 11% – the highest ever and a nearly 50% increase on 2019. Life satisfaction and positive emotions also increased by more than in 2019 and negative reductions, which had decreased by a record 17% in 2019, increased even more (19%) in 2020.

It would however be premature to conclude from this that Stoicism works better in lockdown than in normal times. The changes could also be partly attributed to random variations or to changes in the delivery of the course this year. The course content was very similar to 2019, with additional lockdown-related examples being added. However there were 2 enhancements that may have improved the efficacy of the course.

These 2 enhancements may be partly responsible for the improved completion rates, which increased from 24% to 30% , i.e. an  increase in 25%. Again, we cannot be certain whether this improvement was due to the above enhancements or due to the different conditions caused by the pandemic or both [ii].

2. Can we predict who will benefit the most from Stoic Week?

We also dove into some demographic and personality data to see if we could discover whether some people benefited more from Stoic Week 2020 than others.

In terms of personality traits, we found people who started Stoic Week 2020 with lower conscientiousness and lower emotional stability (the opposite of neuroticism) benefited more from Stoic Week than those who started Stoic Week with higher levels of these two traits. More specifically, conscientiousness and stability were quite highly predictive of Flourishing improvement over the course of Stoic Week and moderately predictive of improvement in life satisfaction.

However, the other three personality traits we measured (openness to experience, extraversion, and agreeableness) didn’t really affect how much people got out of Stoic Week.[iii]

People who put in more time seemed to get a bit more benefit for life satisfaction (SWL) and emotions  (SPANE), but not flourishing. However, the relationship was very weak.[iv]

Finally, some demographic variables had some effect on the outcomes while others didn’t. Gender had no association with any outcome. However, younger people tended to get slightly more benefit, as did people who participated in fewer Stoic Weeks in the past. [v]

3. What is the relationship of Epictetus’s “3 disciplines“ to well-being and to Stoicism as measured by the SABS?

The 3 disciplines or topics  (topoi)  found in Epictetus’s Discourses were used by Epictetus as a pedagogic device for teaching Stoicism. Many modern Stoics including Pierre Hadot, Donald Robertson, Massimo Pigliucci, Greg Lopez and Ryan Holiday have emphasised the 3 disciplines in their presentations of Stoicism.

Pigliucci & Lopez created a scale (here called the “Three Disciplines Scale”) to measure each discipline and to give a total score. In Stoic Week 2020 we measured participants on each scale at the beginning and end of Stoic Week. We could therefore answer these 3 questions

Does Stoic Week improve people’s scores in each of the 3 Disciplines?

Each of the three disciplines showed significant increase as a result of Stoic Week as shown in table 5. The discipline of desire increased the most. This suggest that Stoic Week does help people progress in each area.

Do changes in any of the 3 disciplines predict changes in well-being?

Finally, it is interesting to see how changes in the 3 disciplines relate to changes in well-being over the course of Stoic Week.

It can be noted that

[i] Greg Lopez  wrote this part of the report

[ii] Drop-out rates for Stoic Weeks have actually been quite low compared to other on-line trainings – see https://www.learningrevolution.net/online-course-retention-rate/

[iv] By linear regression, every minute per day spent on Stoic Week yielded a 0.02 point increase in SWL (R-squared 0.01) and a 0.04 increase in SPANE (R-squared 0.02). There was no statistically significant effect of time on Flourishing.

[v] By one-way ANOVA via the Kruskal-Wallis test followed by pairwise comparisons.

Greg Lopez is the founder and facilitator of the New York City Stoics, and cofounder and board member of The Stoic Fellowship. He is also on the team for Modern Stoicism, and co-facilitates Stoic Camp New York with Massimo Pigliucci, with whom he co-authored A Handbook for New Stoics.

Tim LeBon is part of the Modern Stoicism team, focusing on research and assessment. He is also a senior CBT psychotherapist in the NHS and a CBT therapist and  Stoic Life Coach in private practice. 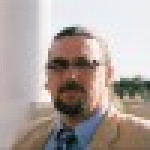